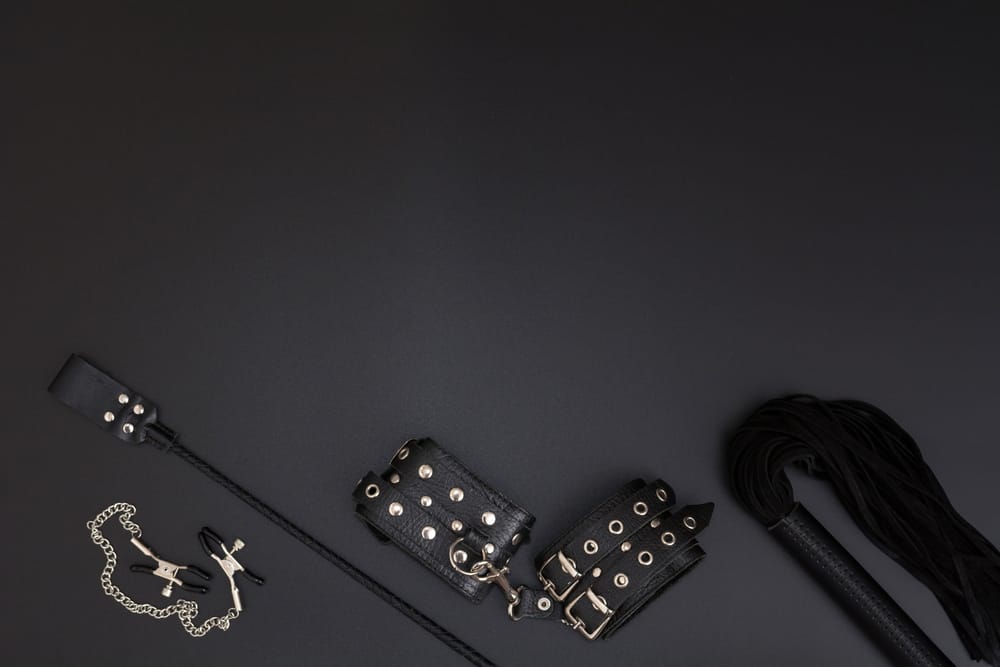 Bondage takes many forms but most people know it as tying a partner to the bed or wrapping them in an intricate rope tie. In general, bondage limits a partner’s movements. This can be with items like rope, bondage tape, restraint kits, etc. It can also happen by holding a partner down, sitting on them, or simply telling them not to move. In bondage, the partner doing the typing up or immobilizing is the top. The partner being tied up is the bottom.

Discipline can be part of bondage — if you’re told not to move, and you don’t move, you’re showing self-discipline and doing what you’re told. But that’s only one way to play with discipline. Another way is for one partner to follow rules or do tasks set by the other. In some cases, if a rule gets broken or a task doesn’t get done, there’s punishment to go with it. This can be funishment aka breaking a rule so you get the kinky activity. Punishment can also be a means to “remind” a submissive or bottom not to break rules in the future.

In D/s, you have two partners — the dominant who is in control and has power, and the submissive who gives up control and power in some way. Some people are switches, and they take on either role, depending on the situation and a lot of other factors. For some D/s couples, they only play with power and control in the bedroom during sex. For others, their dominance and submission comes out of the bedroom and impacts other non-kinky parts of their life.

All D/s must be discussed and consented to by both partners. There should never be an expectation from one partner to the other about what they think will happen. What kind of control a dominant has/a submissive gives up must be explicitly stated and agreed to. Either partner can withdraw their consent at any time and for any reason. Submissive partners do not have to be submissive forever or in all things. Dominants do not have to be in charge of everything. Each partner can have their own limits.

Examples of D/s include telling one partner what to wear, being called Sir or Ma’am, controlling whether one partner orgasms and much, more more.

SSC is an old-school way to think of safety. It’s not used as much anymore because it’s too vague. One person’s safe and sane can easily be another person’s dangerous and crazy which can lead to miscommunication and misunderstanding. RACK has become popular in the last few years because it focuses on being risk-aware — knowing that the risk exists. PRICK takes that a step further and indicates that we each have a personal responsibility for being informed about our kinks. No matter which you use, pick the one that speaks to you and keep it in mind as you explore BDSM.

Talk with Your Partner

Learn as Much as You Can